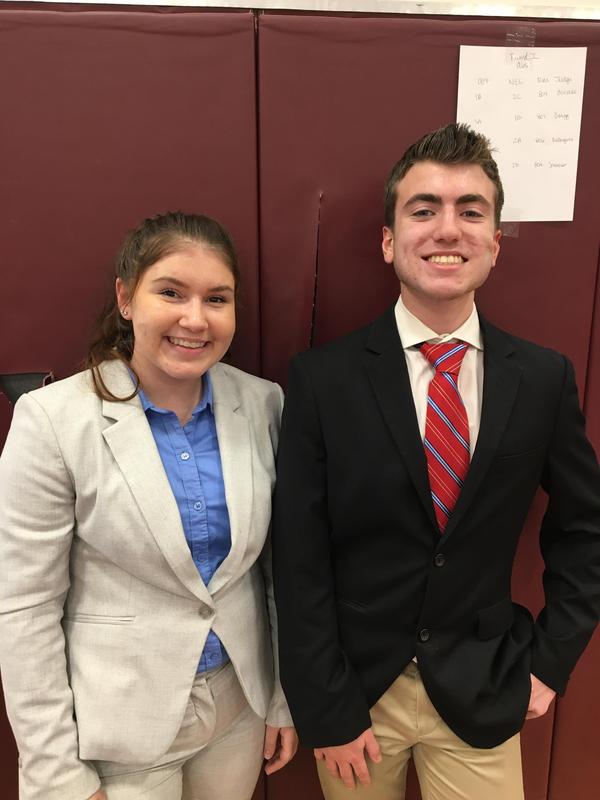 Read more about this dynamic duo!

On March 20, Cole Brown and Ashley Orr will represent FHS at the State Cross-Examination Debate Contest. Cole and Ashley qualified by finishing first at the District 28 Debate Meet hosted at Floresville High School.

According to Cassie Earl, FHS UIL debate sponsor, Orr was just waiting for the right partner, and it took a little work to get Brown on board.

“Ashley Orr went through several partners before we convinced Cole to try it out.  Ashley has debated for the last two years and would have advanced to state last year, if she had a partner with enough debate rounds,” said Earl.

But once Brown was convinced to join, a perfect debating duo was formed.

“Ashley has a passion for policy debate, whereas Cole has a very analytical mind that makes him great at cutting through to the voting issues in a round.  It makes them a great team,” she explained.

While the team is preparing and competing, Earl says they are also learning skills they can use for the rest of their lives. She says they grow communication, research and professional skills, but it goes even deeper than that.

“It helps their moral and cognitive development, too, because they must be able to argue just as well against a topic as they do for it. They’re learning how to quickly analyze evidence and deliver it in a way that is accessible to other people” she explained.

FISD offers multiple options for students interested in competing in UIL Academics at every grade level. If you or your child is interested, contact a campus counselor to connect you to one of the campus UIL sponsors.