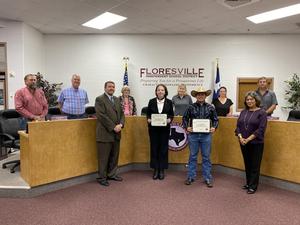 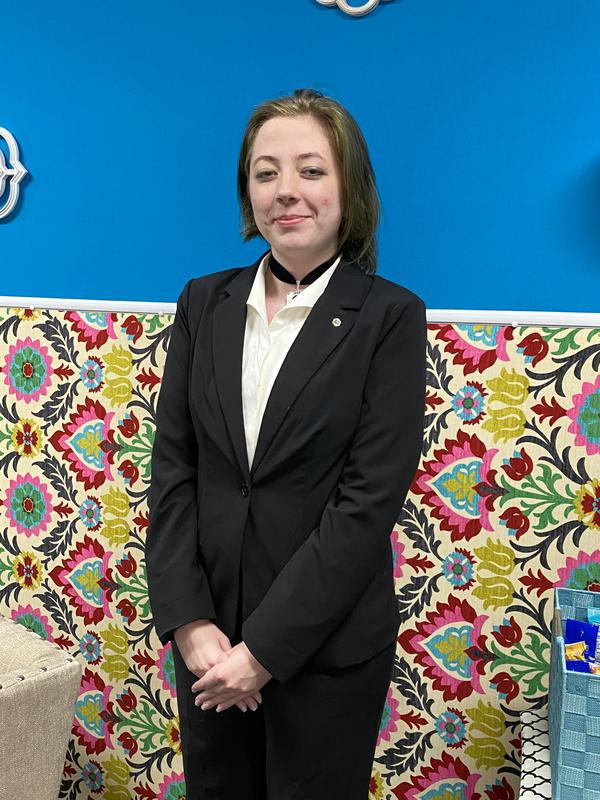 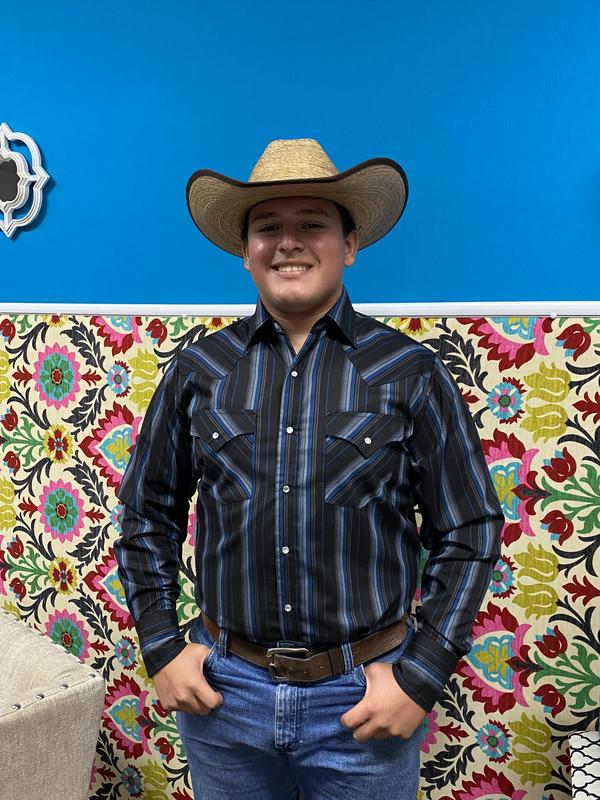 Charlotte Jones and Jett Guerrero, September Students of the Month, were recognized by the FISD Board of Trustees. Read more about these outstanding seniors.

September Students of the Month: Charlotte Jones and Jett Guerrero

Charlotte Jones is the 17-year-old daughter of Krista and Christopher Jones. She is in the top quarter of her graduating class with an overall 3.02 GPA.

Charlotte is very active in the FHS Air Force-JROTC. She has held many leadership positions including Cadet Colonel, Commanding Officer, and Command Chief Master Sergeant. She also participates in the Audio-Visual Production Class.

Some of the awards Charlotte has received include the Military Order World of Wars Award and Medallion as well as being selected as Cadet of the Month in November of 2019. She was also named the top Junior Cadet for 2021.

When not busy with her dual credit and advanced coursework, Charlotte serves the community through the Make-a-Wish drive, the canned food drive, and the clothing drive. She currently works as a barista at the local Starbucks.

Charlotte plans to attend acting school where she can hone her acting skills; if she attends college, she

plans to major in acting, performing arts, theatre, or film. Charlotte wants to travel out of state for college; she believes that changing her surroundings and environment will encourage her to pursue her goal of becoming a performer.

Jett Guerrero is the 17-year-old son of Val and Jason Guerrero. He is in the top half of his graduating class.

Jett is a member of the Varsity Soccer team, FFA, and SkillsUSA. Through SkillsUSA, Jett competed in Team Fabrication. He has been a member of the FISD soccer program since sixth grade and played the sport throughout his school career. When not busy with school and his extra-curricular activities, Jett works with the Dirt Bike Association of San Antonio where he helps clean the bikes. He has traveled the country competing in the Texas State Championship Enduro Circuit dirt bike races. He placed 13th out of 200 racers at a recent competition.

Jett has received several awards including the Community of Character Award and the Friends of Life Skills Award. He has been recognized for various acts of kindness and character; he worked with Life Skills students after school in elementary school, he received an honor for changing a parent’s flat tire in middle school and was recognized for purchasing canned goods (with his own money) for others in sixth grade.

Jett works part-time at Jay’s Total Service where he assists in maintaining properties in San Antonio and Floresville doing electrical and plumbing work. He plans to attend a Vocational School to earn certification in either welding or HVAC and, upon completion, enlist in the US Marine Corps.