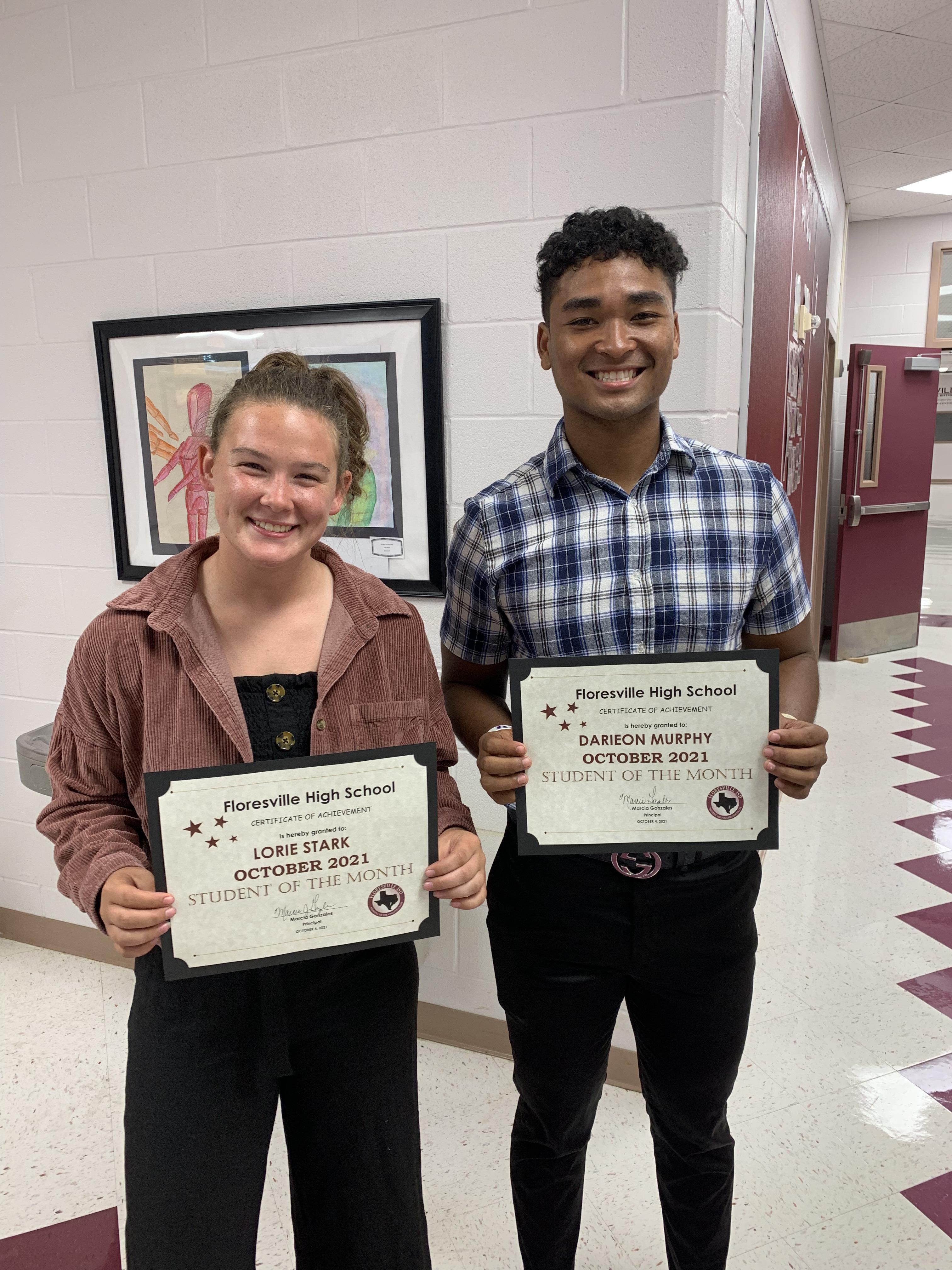 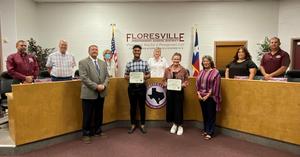 Lorie Stark and Dareion Murphy are the October Students of the Month. Read more about these outstanding seniors.

Lorie Stark is the 17-year-old daughter of Kathleen and Steve Stark. She is in the top ten percent of her class with an overall GPA of 4.0.

Lorie is very active on campus serving as Varsity Cheer co-captain and Powerlifting co-captain. She is an active member of the National Honor Society, the Mighty Tiger Band, and the Varsity track team. Lorie will be representing Floresville Athletics in the Peanut Festival. She is on the all-A Honor Roll, has perfect attendance and has been a Regional qualifier for Powerlifting.

Lorie volunteers her free time working at the Goober Games for the Peanut Festival and volunteering with the Salvation Army. She plans to attend Texas A&M University at College Station where she intends to major in Psychology.

Dareion Murphy is the 18-year-old son of Kyeong-Sook and Rex Murphy. He is in the top ten percent of his graduating class with an overall 4.0 GPA.

Dareion is an active member of the National Honor Society and served on the FHS Dress Code Committee which was instrumental in updating the high school dress code. He is on the varsity football, basketball, and track teams. Dareion has been awarded for his excellence in athletics, being named as District Most Valuable Player and Academic All District. He has been on the all-A Honor Roll throughout high school.

Dareion volunteers his time in various activities and organizations. He volunteers at his church food bank and the Floresville Food Pantry with athletics, helps the athletic program hang peanuts for the Peanut Festival and works around town cutting lawns. Dareion has worked part-time at Wal-Mart, and more recently, at Whataburger.

Dareion plans to attend Princeton University where he has signed to play football. He intends to major in Physical Therapy.